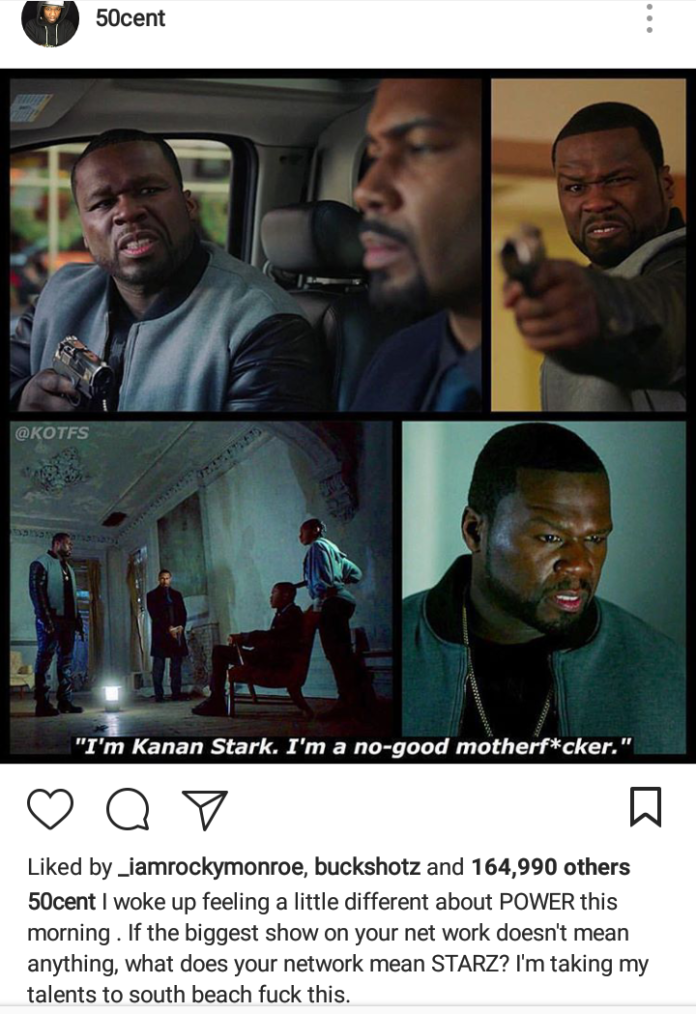 Well unless you’ve been living under a rock the last few years, you’re up on the highly rated & acclaimed Urban series ‘Power’ (featured on STARZ) in which Rapper 50 Cent is Executive Producer. Fif has has been back and forth with the network over the last couple of seasons of the shows airing due to serveral noted issues from taking to the net in his disapproval of his man parts on display in Season 3 where he threatened to leave and pull the show stating he did not know that the frontal nude scene would be in final production.

Now in Season 4, when key players are killed off and not given the go ahead for an additional episode to explain the demise of said characters…50 took to Instagram with this post last week following the airing ” I woke up feeling a little different about POWER this morning. Of the biggest show on your net work don’t mean anything, what does your network mean STARZ? I’m taking my talents to South Beach fuck this.”

This comes reported following show creator Courtney Kemp’s revolation that the episode was to be a 2 Part and the big wigs at STARZ shut it down only allowing 11 of 12 planned episodes.

During this Part week, 50 had posted about taking POWER to another network, hinting at BET. Hmmmmm. Guess we’ll have to stay tuned to see how this plays out.

I’m the mean time,catch POWER on Sundays in STARZ. 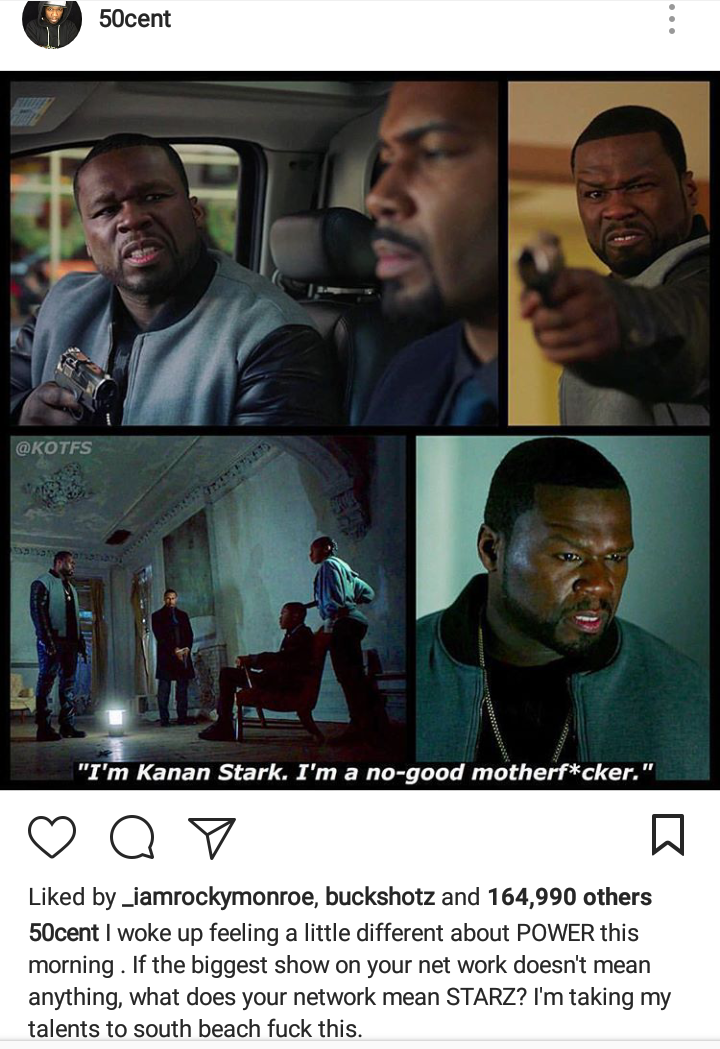 ABOUT US
Kurves N' Cakez Magazine is an Urban Males publication started in 2012 as a promotional platform the the established as well as the up and coming all natural eye candy, be it in Modeling, Acting, Adult Entertainment or hosting. What sets us apart from other publications in our genre is we give you exactly what you are looking for...EYE CANDY! Page after page of lovely curvaceous ladies with all natural physiques...NO Implants, injections, surgical enhancements or grafts..mixed in with articles of celebrity/artist interviews, social matters involving the minority communities coast to coast, event coverage, relationships and much more. A complete publication for the Urban male.
Contact us: kurvesncakez@gmail.com
FOLLOW US
© Newspaper WordPress Theme by TagDiv
x

This Site Is Protected By
Shield Security →